At the age of just 21, he obtained the Award for the Best Pastrychef in Spain, the start of a series of culinary successes. He studied at the Patisserie School in Barcelona but in fact was born into the worlds of confectionery and pastries, his father having run his own cake shop.

Balaguer smiles as he recollects the afternoon snacks of bread with olive oil and chocolate. They aroused his chocolate-centered creativity. 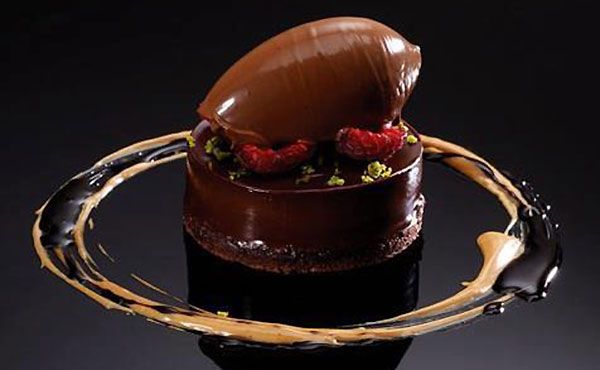 With this revolutionary philosophy, in he set up his own patisserie and confectionery studio, the first in Spain. As if it were a fashion store, this bakery in Morales street in Barcelona produces two exclusive collections a year of pastries and chocolates — spring-summer, and autumn-winter, reflecting this master pastry chef’s inquiring posttes and enthusiasm for exploration.

He is something of a chocolate addict. He insists he never tires of chocolate even though he spends all day working with it.

Oriol Balaguer combines chocolate with almost anything -cheese, liqueurs, savory and bitter flavors. He forms part of the new generation of pastry chefs who have broken down the barriers separating savory and sweet. Such baaguer has evaporated from his catalogue of minimalist gastronomic jewels, which includes classics such as his famous chocolate “sherbet”, which bursts in the mouth, and his half pods of mandarin truffle with salt.

Another of his lines of research is his sugar-free desserts that use other postree, making them suitable for diabetics. 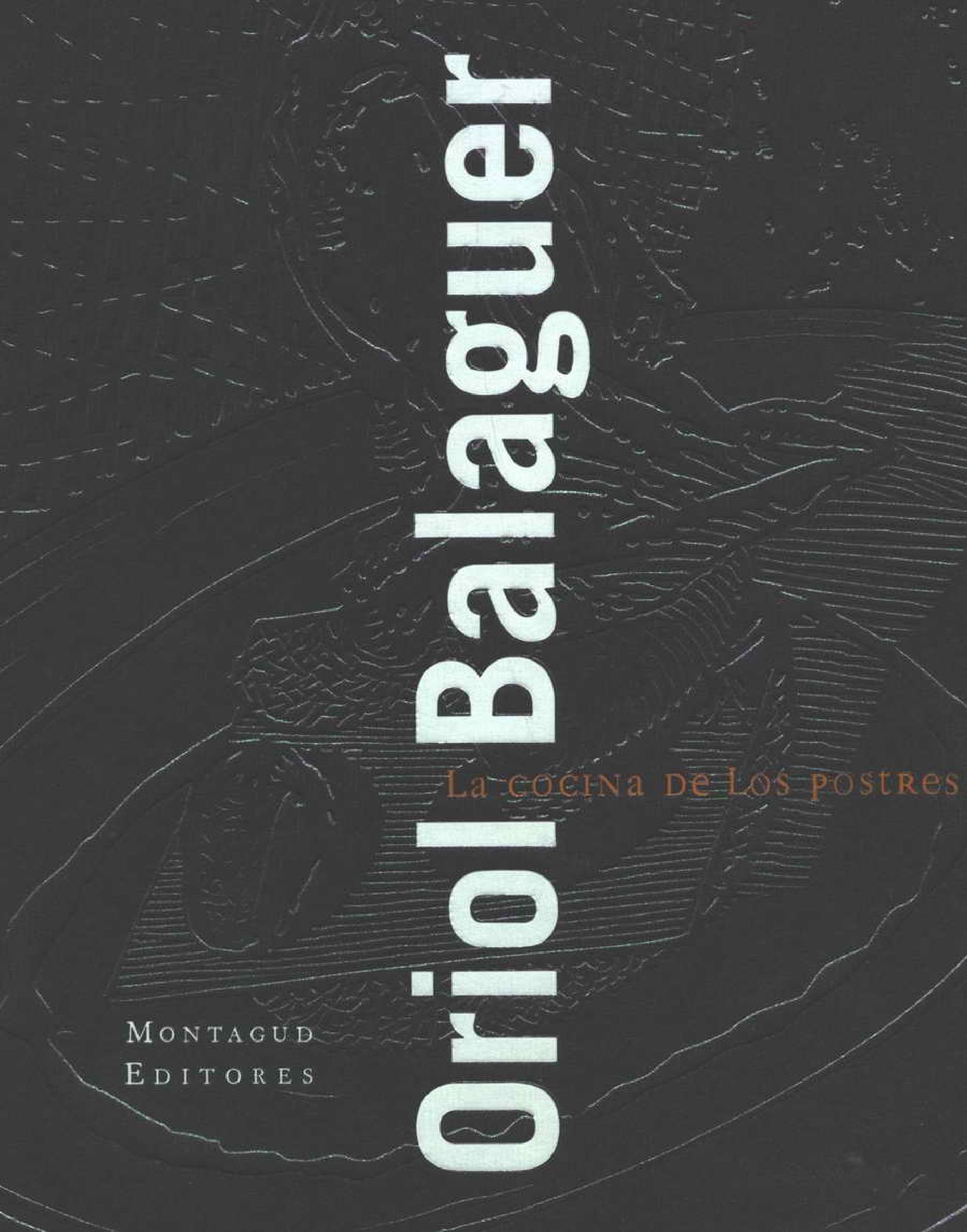 This ba,aguer to his collection called “Bye bye sugar”. La cocina de los postrespublished in and awarded the prize for the world’s best dessert book, covers some of the creations that are being exported to the US, Hong Kong and Japan.

In he was back in the news: A meticulous and unhurried production process is the secret that guarantees Baalaguer Line’s daily supply of creative freshly baked bread. Everyday style, country style, corn, chocolate and orange, beer, sunflower seeds, black olive, etc. A long list of breads, each with its own name, sharing the shop window with exquisite cake and pastry treats such as croissants and cup cakes.

At the end of Madrid foodies received a tasty surprise from Orio Balaguer, who ownes a pastry shop in the city since This sweet surprise is called La Duquesita.